Home » 7 Temples in Khajuraho You Need to Visit

7 Temples in Khajuraho You Need to Visit

The Chandelas started the construction of the temples in the 10th century, and the town got its name from the Khajur, date palm trees, which grew around the lake near the temple compound. Legend says that Chandravarman, the son of Hemavathy and the god of the moon, was destined to establish a kingdom, which was Chandela Dynasty.

Out of the original 85 temples, only 25 temples survived the weather, wild vegetation and various Islamic rulers over the past millennium. The Chandelas witnessed multiple religions influencing the temples, evident from the different styles adopted in each temple. While most are dedicated to Vishnu, Shiva and Devi, a handful of them has Jain architecture as well as a Buddha figure.

Of course, ideally, you should visit all the different temples to explore the diverse history and cultures. Nevertheless, if time is an issue, here are a few temples that you shouldn’t miss. 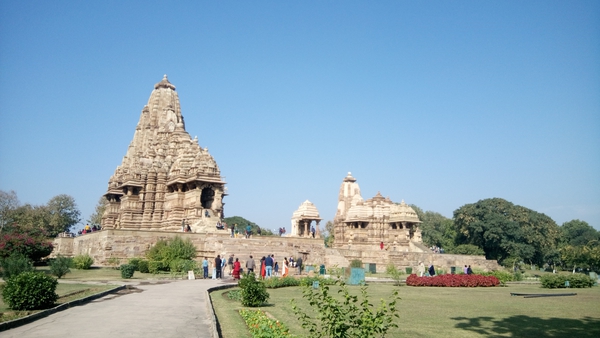 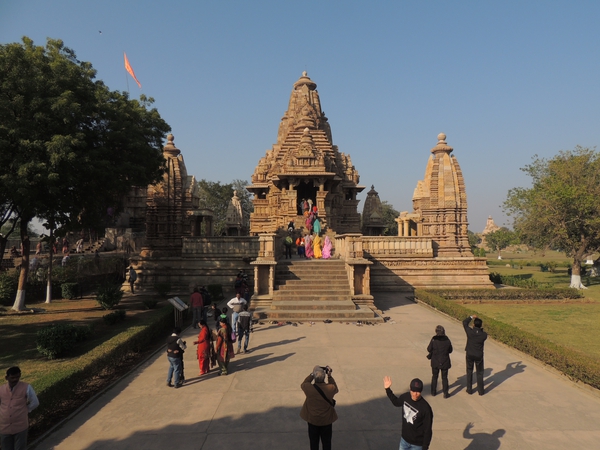 Also located in the Western Group, Lakshmana Temple is dedicated to Vaikuntha Vishnu in three-headed forms – man, lion and wild boar. The carvings here focus primarily on the beauty of women in every aspect of life. From putting on makeup and washing their hair to making love, the various figures here portray the social and cultural issues of the Chandelas women. 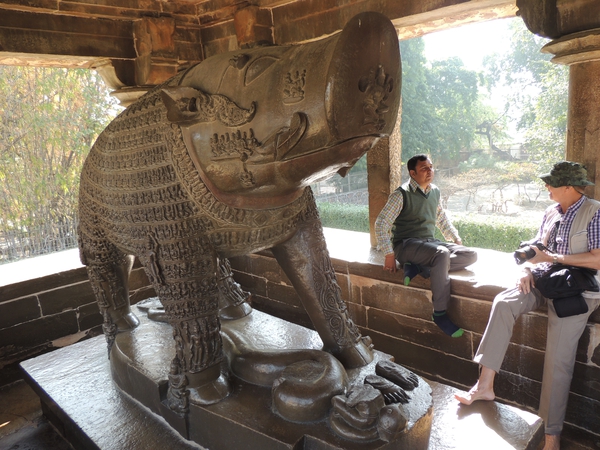 Varaha Temple one of the first few temples you will see as you enter the Western Group complex. The pyramidal roof and the open pavilion give Varaha Temple a distinct architecture that is hard to miss. When you step into the pavilion, you will see an impressive image of Varaha, Vishnu’s avatar of the wild boar. Over 2 metres in height, the massive boar statue is covered with 675 miniature figures, depicting all the principal deities in the Hindu pantheon, including Ganesha and other forms of Vishnu. 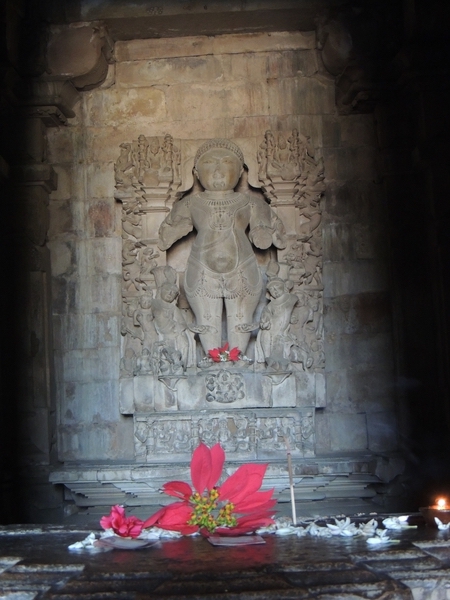 The Vamana temple is located in the Eastern group of temples at Khajuraho. It is one of the few temples enshrining a chubby, short image of Vishnu, as the Dwarf. Vamana Temples only have less half of the total 6000 figures present in the huge temples in the Western Complex. The outer walls of the temples are filled with sculptures of gods and their consorts, females and mythical figures. 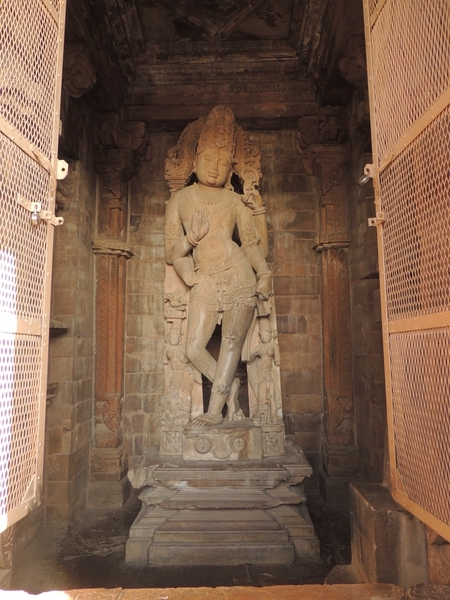 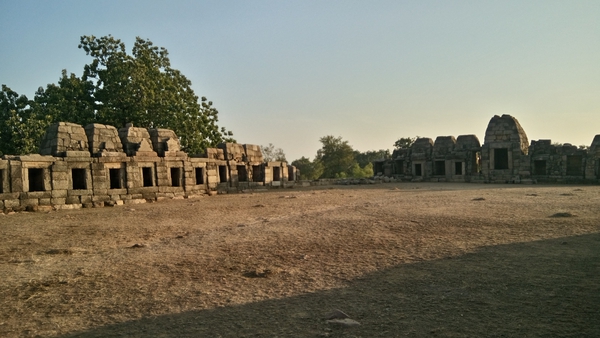 The Chausath Yogini temple is located near the Western group, but away from all the other temples. This is believed to be one of the oldest surviving temples at Khajuraho, dating back to 900AD. The rectangular compound is unlike all the other Yogini temples in the region, which have circular plans. What you can see here is not the full scale of the temple, but only some of the ruins that last through the age. 65 shrines are scattered around the courtyard. 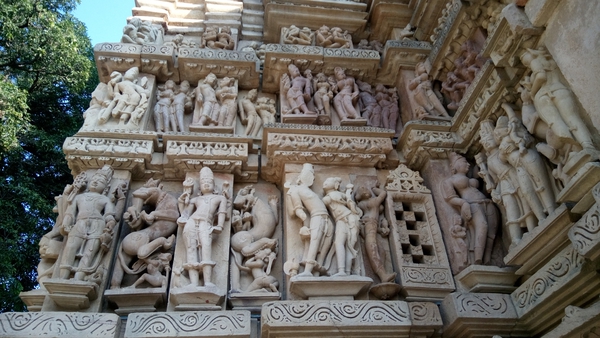 The Jain temples are all located in the Eastern group. Jain temples mainly have similar features as the other temples in Khajuraho, suggesting that they were all built by the Chandelas as well. Besides the figures of Ashta Dikpalas, celestial women, and mythical creatures, the temples have plenty of Jain images like Jinas, parents of Jinas, Yakshas and Yakshis. There is a museum on the Jain temple compound that gives more insights on the architecture as well as the iconography of these temples.

If you love to find out more about the different temples in Khajuraho, the two museums in town will feed your curiosity — the original ASI museum and a new museum. Rent an audio guide at the site to get the best information on the temples. And also, don’t miss the sound and light show held in the city every evening!

There are plenty of options if you are planning to stay in Khajuraho for a few days. Ramada Khajuraho is only a few minutes away from the temples, and it offers great service as well as comfortable bedrooms.

Summer time brings the hot and sunny days, making us want to hide in our living room until the sun sets. While that surely sounds relaxing, imagine checking out the view of majestic Mahals and Qillas from your balcony, or maybe the splendour of Taj Mahal. Why not go for a weekend galore and unwind… Continue reading 7 Smashing Weekend Getaways From New Delhi